You should spend about 20 minutes on Questions 1-13 which are based on Reading Passage 23 below. 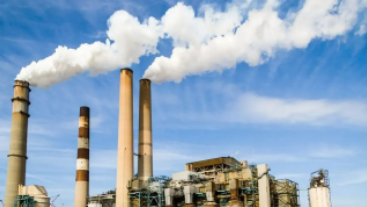 Part - One
A.  Air pollution is increasingly becoming the focus of government and citizen concern around the globe. From Mexico City and New York to Singapore and Tokyo, new solutions to this old problem are being proposed, Mailed and implemented with ever increasing speed. It is feared that unless pollution reduction measures are able to keep pace with the continued pressures of urban growth, air quality in many of the world’s major cities will deteriorate beyond reason.

B.  Action is being taken along several fronts: through new legislation, improved enforcement and innovative technology. In Los Angeles, state regulations are forcing manufacturers to try to sell ever cleaner cars: their first of the cleanest, titled "Zero Emission Vehicles’, have to be available soon, since they are intended to make up 2 percent of sales in 1997. Local authorities in London are campaigning to be allowed to enforce anti-pollution laws themselves; at present only the police have the power to do so, but they tend to be busy elsewhere. In Singapore, renting out road space to users is the way of the future.

C.  When Britain’s Royal Automobile Club monitored the exhausts of 60,000 vehicles, it found that 12 percent of them produced more than half the total pollution. Older cars were the worst offenders; though a sizeable number of quite new cars were also identified as gross polluters, they were simply badly tuned. California has developed a scheme to get these gross polluters off the streets: they offer a flat $700 for any old, run-down vehicle driven in by its owner. The aim is to remove the heaviest-polluting, most decrepit vehicles from the roads.

D.  As part of a European Union environmental programme, a London council is resting an infra-red spectrometer from the University of Denver in Colorado. It gauges the pollution from a passing vehicle - more useful than the annual stationary rest that is the British standard today - by bouncing a beam through the exhaust and measuring what gets blocked. The council’s next step may be to link the system to a computerised video camera able to read number plates automatically.

E.  The effort to clean up cars may do little to cut pollution if nothing is done about the tendency to drive them more. Los Angeles has some of the world’s cleanest cars - far better than those of Europe - but the total number of miles those cars drive continues to grow. One solution is car-pooling, an arrangement in which a number of people who share the same destination share the use of one car. However, the average number of people in a car on the freeway in Los Angeles, which is 1.0, has been falling steadily. Increasing it would be an effective way of reducing emissions as well as easing congestion. The trouble is, Los Angelinos seem to like being alone in their cars.

F.  Singapore has for a while had a scheme that forces drivers to buy a badge if they wish to visit a certain part of the city. Electronic innovations make possible increasing sophistication: rates can vary according to road conditions, time of day and so on. Singapore is advancing in this direction, with a city-wide network of transmitters to collect information and charge drivers as they pass certain points. Such road-pricing, however, can be controversial. When the local government in Cambridge, England, considered introducing Singaporean techniques, it faced vocal and ultimately successful opposition.

Part - Two
The scope of the problem facing the world’s cities is immense. In 1992, the United Nations Environmental Programme and the World Health Organisation (WHO) concluded that all of a sample of twenty megacities - places likely to have more than ten million inhabitants in the year 2000 - already exceeded the level the WHO deems healthy in at least one major pollutant. Two-thirds of them exceeded the guidelines for two, seven for three or more.

Of the six pollutants monitored by the WHO - carbon dioxide, nitrogen dioxide, ozone, sulphur dioxide, lead and particulate matter - it is this last category that is attracting the most attention from health researchers. PM10, a sub-category of particulate matter measuring ten-millionths of a meter across, has been implicated in thousands of deaths a year in Britain alone. Research being conducted in two counties of Southern California is reaching similarly disturbing conclusions concerning this little-understood pollutant.

A worldwide rise in allergies, particularly asthma, over the past four decades is now said to be linked with increased air pollution. The lungs and brains of children who grow up in polluted air offer further evidence of its destructive power the old and ill; however, are the most vulnerable to the acute effects of heavily polluted stagnant air. It can actually hasten death, so it did in December 1991 when a cloud of exhaust fumes lingered over the city of London for over a week.

The United Nations has estimated that in the year 2000 there will be twenty-four mega-cities and a further eighty-five cities of more than three million people. The pressure on public officials, corporations and urban citizens to reverse established trends in air pollution is likely to grow in proportion with the growth of cities themselves. Progress is being made. The question, though, remains the same: ‘Will change happen quickly enough?’

Questions 1-5
Look at the following solutions (Questions 1-5) and locations.
Match each solution with one location.
Write the appropriate locations in boxes 1-5 on your answer sheet.
NB You may use any location more than once.

SOLUTIONS
1. Manufacturers must sell cleaner cars.
2. Authorities want to have the power to enforce anti-pollution laws.
3. Drivers will be charged according to the roads they use.
4. Moving vehicles will be monitored for their exhaust emissions.
5. Commuters are encouraged to share their vehicles with others.

Questions 6-10
Do the following statements reflect the claims of the writer in the Reading Passage?

In boxes 6-10 on your answer sheet writeQuestions 6-10

6.  According to British research, a mere twelve percent of vehicles tested produced over fifty percent of total pollution produced by the sample group.
7.  It is currently possible to measure the pollution coming from individual vehicles whilst they are moving.
8.  Residents of Los Angeles are now tending to reduce the yearly distances they travel by car.
9.  Car-pooling has steadily become more popular in Los Angeles in recent years.
10. Charging drivers for entering certain parts of the city has been successfully done in Cambridge, England.

Questions 11-13
Choose the appropriate letters A-D and write them in boxes 11-13 on your answer sheet.

11. How many pollutants currently exceed WHO guidelines in all mega cities studied?
A  one
B  two
C  three
D  seven

12. Which pollutant is currently the subject of urgent research?
A   nitrogen dioxide
B   ozone
C   lead
D   particulate matter

13. Which of the following groups of people are the most severely affected by intense air pollution?
A   allergy sufferers
B   children
C   the old and ill
D   asthma sufferers

Milan Kandel 4 years 2 months
The answer to question 9 should be NG, I think.

Manish 4 years 4 months
#Gita, this reading is very simple. Read the paragraphs carefully, I am sure you will find all the answers. Thank you.

Duong Nguyen 4 years 5 months
Why the answer to question 8 is 'NO'? I don't find any clue for this. My answer is 'NG'. Anyway, thanks for a very helpful page.

Gita 4 years 10 months
Please explain the answers to all reading paragraphs. Because living in a small village I could not find anyone to help me, so expecting it from you.

Gita 4 years 10 months
Can you explain the answers to all the Reading paragraphs? Some of the students like myself are not able to understand the answers because living in a small village we cannot find any sources to help us for the international level exam. It's really a big trouble for me. This is a really helpful website. So I'm expecting it. Thank you.

Jayan 5 years
"Ultimately successful opposition" means the decision was given up, due to the opposition made successfully. So the answer is "N".

Tom 5 years
"The council's next step may be to link the system to a computerized video camera able to read number plates automatically". I can make sense it but feel this is grammatically wrong. "link", "able".

Jay 5 years 1 month
Answers to questions 8 and 9 should be 'Not Given'. Why are they 'No'? Can someone explain this to me? Thanks.

Tarun Singh 5 years 3 months
I have got 2 wrong answers out of 13. Now I'm improving. I hope it gets better.

Lee 5 years 5 months
Question # 6 It is found that 12 percent of them produced more than half the total pollution. The answer is over 50% => YES.

Anirudh 5 years 7 months
There are total six pollutants and two thirds exceeded the guidelines for two, 7 cities for three pollutants......

Beom Hong Young 5 years 8 months
I can't understand the exact meaning of this sentence 'Two-thirds of them exceeded the guidelines for two, seven for three or more.' Someone helps me, please.

Apeksha 5 years 10 months
Can anybody check question number 6 and 7? Not sure whether answers should be "Y" for both of them. I marked "N".

IELTS Mentor 6 years
Read the text given in the paragraph very carefully. Understand the exact meaning the passage/text/sentences are conveying. If the given text contradicts/the opposite to the information in the statement in the question, the answer is No/False. On the other hand, if no information was given or it is impossible to know from the passage/text, the answer is then Not Given.

Mayzon 6 years
I don't clearly understand the differences between the NO and Not Given questions. I always make mistakes between 'No' and 'Not Given'.

Andre 6 years 4 months
Can someone help me out about where I can find the answer for #4?

Vu Thao 6 years 5 months
I think the answer for Q. 9 should be "Not Given"? What do you think?

Rocky 6 years 6 months
the answer to the question 10 should be 'true' because it says "When the local government in Cambridge, England, considered introducing Singaporean techniques, it faced vocal and ultimately successful opposition."

Brian 7 years
This is a bit unprofessional. I still see spelling errors. The lack of quality control amazes me. Please make the correction of "per cent" to PERCENT. I'm sure there are more mistakes, but I refuse to even bother reading through the rest.

IELTS Mentor Team 8 years 2 months
The spelling mistakes for this reading passage have been corrected. Thank you very much for pointing this out.