The graph below shows the population change between 1940 and 2000 in three different counties in the US state of Oregon. 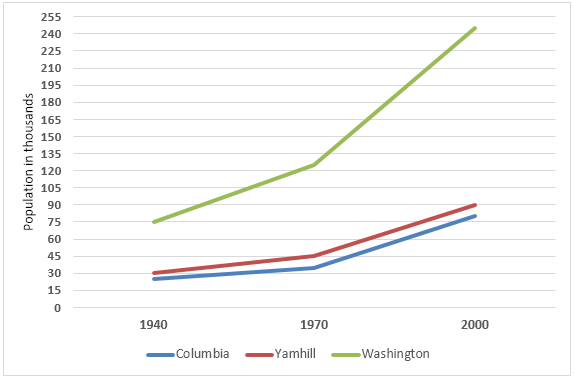 Sample Answer:
The line graph shows how the population in three countries in the state of Oregon in the USA changed between 1940 and 2000. Overall, Washington had far higher population than Columbia and Yamhill and the population growth between 1980 and 2000 was considerably higher.

Finally, in 2000, Columbia and Yamhill accommodated roughly 90 and 80 thousand citizens, a noticeable growth than that of the last three decades. In this year, Washington’s population reached to approximately 250 thousand, more than double than that of 1970’s.