The charts below show what the business and engineering graduates of a particular university were doing six months after graduating. The figures cover a two-year period. 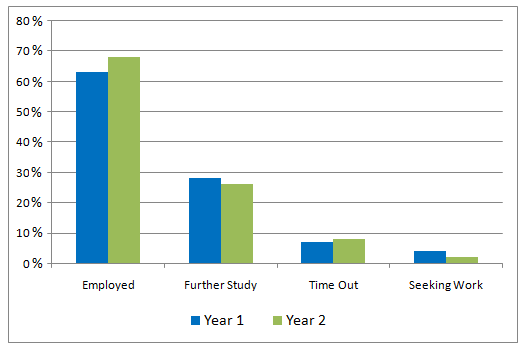 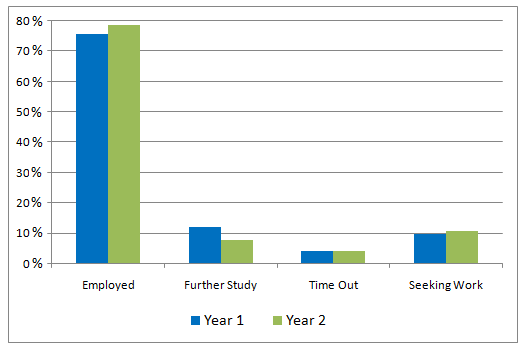 Sample Answer:
The provided column graphs show what the graduates from business and engineering majors of a university were doing after half a year of their graduation- in two different years. A glance at the diagrams reveals that the majority of those graduates were doing jobs after six months of their course completion and this ratio was slightly higher for the engineering alumni.

As can be seen from the given illustration, more than six business graduates out of ten of this university started working after six months of their graduation in year one and two while employed engineers' percentage at that time was around 75%. More business graduates continued higher education than engineering alumni in both years and the gap between these two groups was more or less 15%. Moreover, a higher percentage of business alumni took their time out, around 8% to be more precise, than the engineering graduates, who accounted for nearly 2%-3%  in this category. Finally, roughly one out of ten who completed their engineering degree was seeking for a job and their ratio was more than double than the business graduates who were also looking for a job. Interestingly, in the second year, a slightly higher percentage from both groups had jobs and a marginally fewer were enrolled in further studies than the first year.