The chart below shows Morocco’s income from different economic sectors in 2003 as well as its income from fishing from 1982 to 2003. 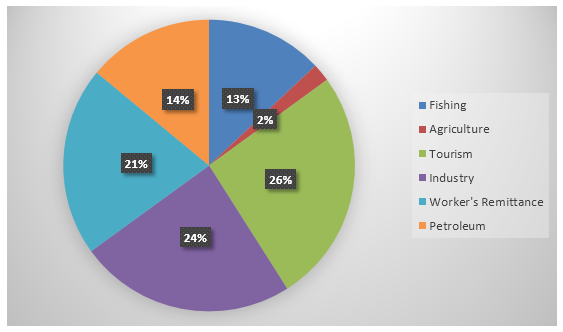 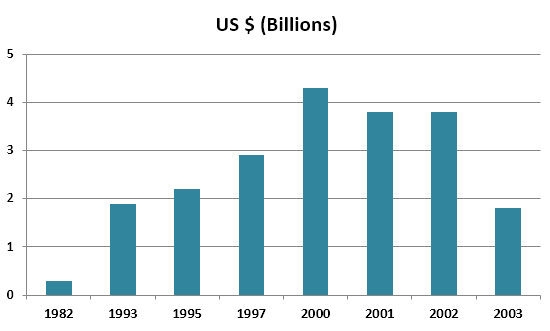 Getting back to the details, the highest revenue earning sector for Morocco was tourism that brought just over a quarter of total revenue in 2003. Manufacturing and foreign remittance comprised the second and third most important economic sectors for this country and brought 45% of the revenue. The lowest revenue came from agriculture which was only 2%. Fishing earned 13% of the total revenue which was just 1% less than the revenue earned from the petroleum sector.

Based on the column graph, Morocco earned less than half a billion US dollar from fishing in 1982 and next year, this revenue surged to nearly 2 billion. The revenue continued to increase and in 1997 and almost touched 3 billion. The highest fish related income in Morocco came in the year 2000 and the revenue in this year from fishing was well over 4 billion USD. Afterwards, revenue dropped and in next two years remained stable at approximately 3.8 billion. In 2003, income from fishing significantly dropped and reached below 2 billion dollar.