The line graph below shows the population size, birth and death rate of England and Wales from 1700 to 2000. 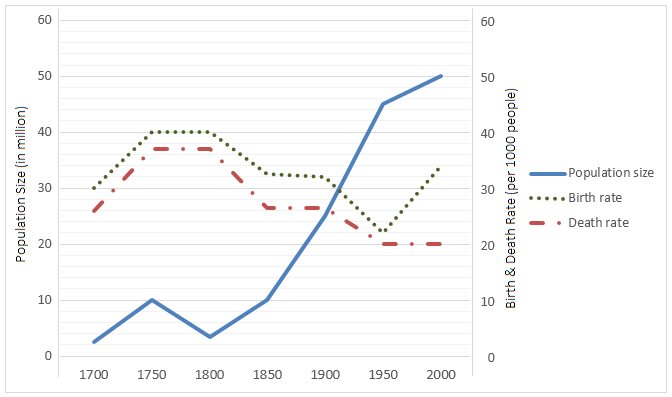 As the diagram suggests, the population of England and Wales at the beginning of the 18th century was only 3 million which went as high as 10 million in 50 years. During the next 50 years, the population noticeably declined and reached to just over 3 million again at the beginning of the 19th century. However, a rapid population growth could be observed and it soared in the following centuries before reaching to 50 million in 2000.

RSS
Venkateshwar Rao 9 months 24 days
It's good for preparation. Thank you very much.

Nastaran 2 years 4 months
Hi, thank you for your helpful website. Does "reach" need the preposition "to" in the sentences reach to? I've checked it in the dictionary and it doesn't need preposition "to". Please clarify.