IELTS graph 307 - Waste recycling rates in the US 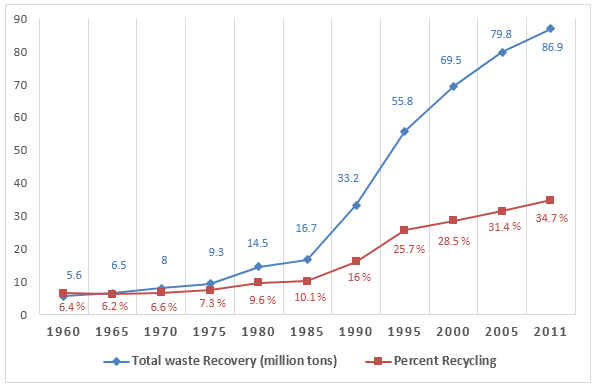 Model Answer:
The line chart outlines how much waste was recycled in the US between 1960 and 2011. The garbage recycling is presented both in quantity, in million tons, and percentage. Generally speaking, waste recycling in the US after 1985 increased remarkably despite a big proportion of litter remained unrecycled.